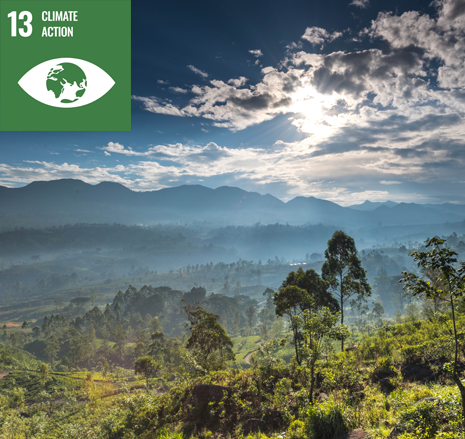 Take urgent action to combat climate change and its impacts

Sri Lanka has numerous recent experiences of climate-induced disasters, which have resulted in immense economic and social losses. Furthermore, recent projections suggest a tendency towards more polarized distributions of rainfall in the future, and, as an island with a low-lying coastal belt, the country is vulnerable to sea-rise in the long term. Notably, Sri Lanka is one of the only two developing countries from the region that have submitted National Adaptation Plans to the UNFCCC. However, addressing climate change is a relatively new area of policy intervention in the country, with institutional and information gaps hindering effective implementation.

13.1 Strengthen resilience and adaptive capacity to climate-related hazards and natural disasters in all countries
13.1.1 Number of deaths, missing persons and directly affected persons attributed to disasters per 100,000 population